Playing The Victim Means You're Playing to Lose

Playing The Victim Means You're Playing to Lose

Join me in helping Operation: Tears of the 22 and their first-time event over at the Byrd Adventure Center in Arkansas. This is happening between August 5-8 and are they ever putting up a bang-up event. There are going to be music and jeep rides on the many trails that span around the heart of the Ozark National Forest. on top of all that, there are going to be some amazing food trucks there to squash any hunger you have. We will also be having an auction where one of the lots is a 3-month coaching package with me!

Question of the Week by The Brotherhood of Men

How can you instill the understanding early on in a child's life that gang members should not be looked up to as role models and, despite its appealing nature, to walk their path would be a great misfortune?

That is a great question. Now I have a firm belief as to why gangs are so attractive to young people. now I can bash the music. The songs today promote and seem to encourage lots of today's youth to look at gangs in a romanticized manner. There are all the drugs the sense of comradery. you get to have guns and the like. Yet how do you change the hearts and minds of these kids from wanting to join a dead-end street like being in a gang?

To answer that We need to look at what the problem is, that problem is that there is no father in the picture. Thanks to many well-intended government programs the role of needing a father in the house has been diminished. Now when a woman gets pregnant she doesn’t have to turn to the father and say we need to raise this kid together. Instead, they turn to their rich Uncle Sam and he gives them money for food and daycare and rent and everything else that a father is supposed to provide. This keeps the men from having to grow up and face their responsibilities of providing for a family and it keeps the women from having to face their responsibilities that they need to be making better choices with their men.

The people that lose out because of this lack of responsibility are the kids, especially the boys. You have a group of boys who doesn't have any strong masculine guidance in their life, therefore they turn to the closest perceived masculine and that is a bunch of grown boys who are in a gang. So they learn what it means to be a man from a bunch of people who don't know what it really means to be a man. Instead of the dad, who would know best and having that father be a constant presence in their life. These boys now have a bunch of strangers who are saying they have to do this or that to be called a man. When in reality they don't know anything about being a man because they were also taught by a bunch of grown boys instead of a grown man.

So how do we change the minds of these boys thinking that gangs are cool? We get fathers to become involved in their boy's lives. It won't be easy but it is possible. If you don't have kids then start finding ways you can be involved in the lives of boys who don't have fathers. Join up and be a mentor with Big Brothers/Big Sisters. It is a shift in culture which is going to be tough because today's society thinks all the good elements of a successful life are being white. Which the farthest from the truth. So there is a social change that needs to be done. How that is above my pay grade.

Today's society is one that they see who can win the race to being the biggest victim. This is why schools have safe spaces. Kids in college want to make sure they can say something without facing the repercussions of their actions. This is one reason the world so so upside down right now. Being a strong masculine man is scored and called out to be the cause of all the good that masculinity does in society.

What is a victim?

A victim is a person who has given up their power to someone or something else. Society is wanting it to mean that there is no blame to be given to the victim. Though many times that person actually got themselves into that predicament. A person was the victim of greedy capitalists. No, that person chose to spend their paycheck on a pair of high-top sneakers and then didn't have enough money for rent.

The poor can't get out of their predicament because the patriarchy won't let them. Again no the poor often made some bad decisions that caused them to be in that environment. They can get back out again if they are willing to change their habits. Yet again you see that the poor supposedly doesn't have any power because of the patriarchy, whatever that is supposed to mean.

Look at people who have been under real oppression. You see that though they are victims of that dictator they eventually decide to take back the power that they gave away and either leave that environment or gather strength and make them change themselves. To say you are a victim is to say you are powerless.

Why the victim never wins

This was touched on earlier, the victim cant win because they don't want their power to be able to change. Many times this means getting out of their comfort zone. The victim has to make a change in who they are or what they believe and doing so can be messy and awkward. They think that it is easier to just sit back and go poor me. Feel sorry for me because I am not able to be successful.

Playing the victim means you are playing life small. You will not take the chances out of fear that you may become victimized even more. Yet this is impossible because you will have your power unless you willfully give it up again.

Another reason that a victim will not be able to win is that nobody actually respects a victim. They pity and feel sorry for a victim but that isn't respect. You see a cancer patient who decided they are going to live every day to the fullest isn't a victim of their environment they are taking their power back and doing what they were afraid to do before. You see a boy who stands against his bigger and stronger bully is taking his power back. If these people were being victims they would simply give up and hand their power over to other people or their condition.

Helping a victim is tiring. There are always emergencies going on, and the powerless victim wants others to put the fire out. When others don't they cry even more victimhood. The person who is helping finally realizes that the victim is actually in the problem because of their own choosing and gives up and lets the victim sit in their own mess. Not because they don't care but because they are tired of sacrificing themselves for someone they don't respect.

How do you stop being the victim?

The biggest way to get out of the victim mindset is to acknowledge that you got yourself into that situation. It wasn't anybody else's fault other than your own. Once you own your dirt and that you had a hand in the scenario then you can start to make the needed changes to clean up your mess.

It isn't easy to change what can be at times years of victim mindset but it is possible. Your power has never left you. Your agency is still sitting in your mind you have to exercise it often and using the help of a coach or a Men's Group 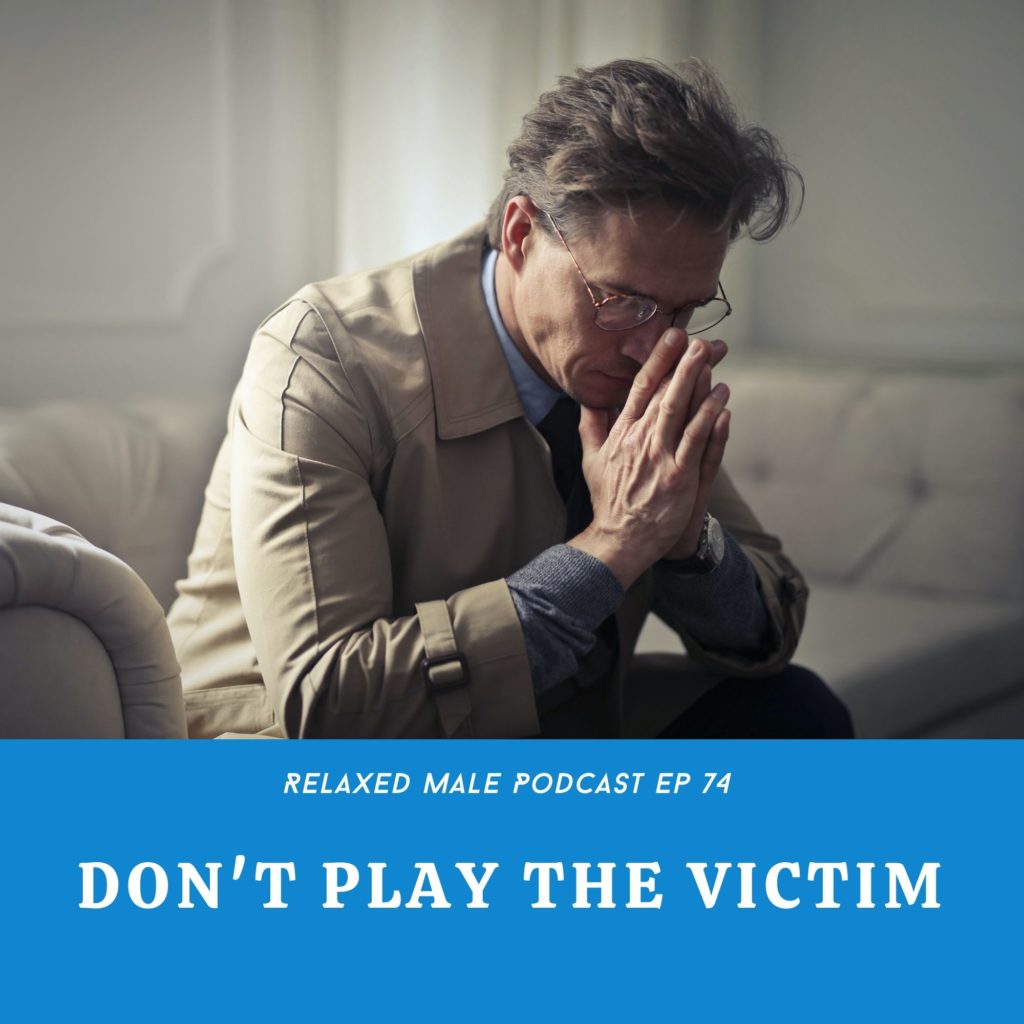