There is one thing women absolutely hate and that is the one thing society has pushed on men. The Nice Guy. Ever since the industrial revolution men have been raised by their mothers. Dads leave to go to the factory and come home at the end of the day. They may get weekends with them but that's not a guarantee.

Now because of this, we have been getting more and more nice guys showing up in the world. Nice guys are not nice. Nice Guys and People pleasers are liars and manipulators.

Just about everything a Nice Guy does is consciously or unconsciously calculated to gain someone’s approval or to avoid disapproval.

There are several tactics nice guys use to manipulate those around them.

Emotions to a nice guy are anxiety-ridden messes. They cant have extreme emotions of any angle because

Women have to be the leaders

Because nice guys don’t want to be seen as being bossy they will not take the lead in anything. So to fill the void of leadership the woman has to take the reins and that isn't what they signed up for.

Ask their wives for decisions.

Instead of stating their intentions, they beg their wife and girlfriend if they can go out and play golf or ride a bike. The woman of the house has to become momma to this grown man.

to make sure they are liked by as many people as possible they will change their story as to fit those around them. They will not even see that they are telling any lies because many nice guys pride themselves on being honest. They will boost to those who will hear that they are as honest as the day is long. Yet then over-promise and then make as many excuses as they can to cover when they are not able to deliver.

They don’t have their own thoughts.

Nice guys will go with the flow. They would be the greatest debaters they can be because they pick up everybody else's thoughts and make them their own. They will not have a thought that is outside of the norm because they don't want people to be upset.

Seek the approval of women over men

This often comes from their upbringing. Many times boys who are raised by women, only know how to relate to women Nice Guys don't have the skills to handle the interactions of men. So they hang around women more and have very few guy friends. Often they are also seen as a Momma's boy, because they are so loyal to the approval of their mom.

Give up their balls

Because they don't make the decisions and they give up their leadership they basically give up their man card in hopes of being able to sleep with their wife or girlfriend. Because nice guys won't commit to one thought they are soft and women hate men who are not able to take charge. Women love a guy who says they are going here or doing this. They want a guy who can lead. So they turn to the jerk because that is the closest semblance of masculinity they see.

Men are loud, rambunctious, they are not always gentle with their words. Men will call it as they see it. This is scary to a nice guy. The actions and words used are intimidating to a nice guy so they avoid men. Which is to their detriment. This is because hanging out with good noble men is the best way to drive the nice guy out of a grown boy. When you hang out with real men you see how they act and you start to talk like they do. You talk in an assertive manner and you start to get noticed, which is also scary for Nice Guys

Lack of meaningful relationships with men

Sacrifice for the approval of others.

Nice guys will give up their integrity for the approval of others.

When they don't get their way they blame everybody else.

Resentful of the women they want sex from

The nice guy will often perform different actions for the woman in their life with the covert contract in place. then when the woman doesn't follow that contract then he gets resentful. He will sabotage romantic endeavors so to prove his point. Yet he will not blame himself for the problem, it is her fault.

Is always playing the victim

Since they are not able to take command of their own action and won't stand for anything, nice guys tend to be the victims. they blame everybody but themselves. People who cant take responsibility for their actions do not get respect and without respect, they don't get the attention they want.

Now you see why the nice guy doesn’t have sex that they wish for. and women grow tired of having weak and pitiful men taking the place of a strong commanding man. 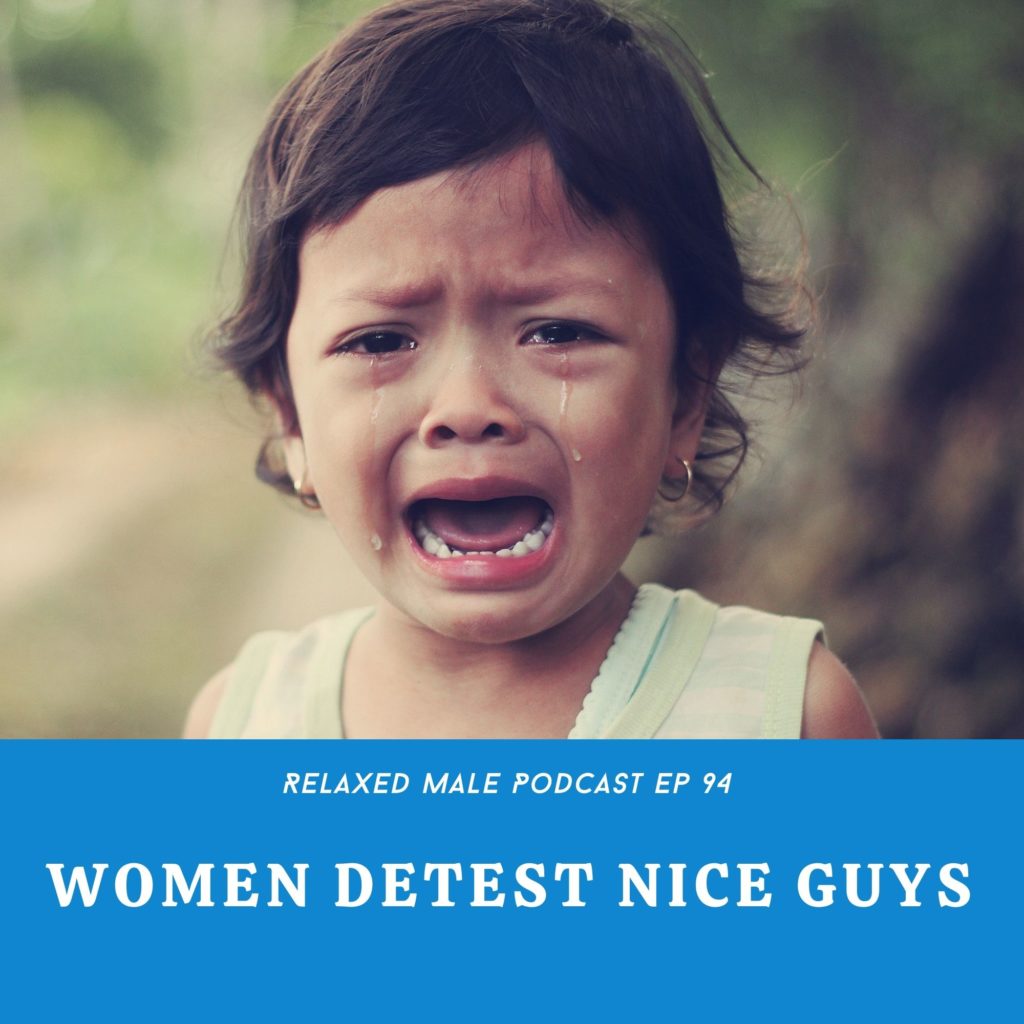